Writer and web/print designer for the Valley Voice, a twice-monthly newspaper in Tulare County, California. Currently focusing on covering the governance and goings-on of the Tulare Local Healthcare District. 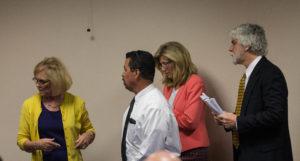 The Tulare Local Healthcare District now has $3 million more in its bank account after settling a lawsuit against Bruce Greene – its former attorney – and the firm he works for, Baker Hostetler. Other parts of the lawsuit, which named former district board members Parmod Kumar, Linda Wilbourn, and Richard Torrez as defendants, have not been settled and remain active in the Kern County Superior Court. The settlement doesn’t impact charges that the Tulare County District Attorney’s office has br 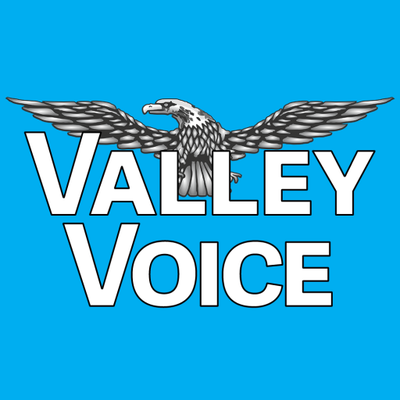 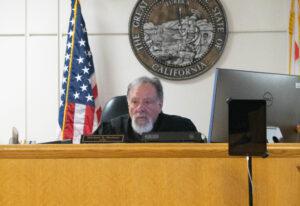 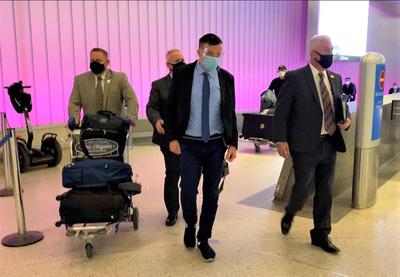 The Valley Voice was recognized with two awards in this year’s California Journalism Awards, which judged the Voice against similarly-sized California News Publishers Association members. Catherine Doe, the Voice’s publisher, received both awards. The Voice’s entries were judged in the digital category for outlets with 100,000 or less monthly unique visitors. Doe received second place in ‘Coverage of Newsom Recall Election’ for the article “Tulare County’s republicans react to recall,” and fif 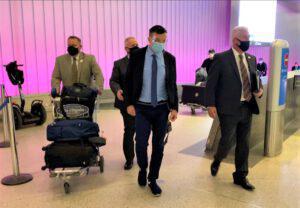 Bail for former Tulare hospital CEO to be reduced

Dr. Yorai ‘Benny’ Benzeevi is set to have his bail reduced to $1m, a sharp drop from the nearly $4.1m it was set at in 2020, after a tentative ruling on Friday by Tulare County Judge Michael Sheltzer. Benzeevi is facing a long list of charges relating to his time as CEO of Healthcare Conglomerate Associates (HCCA), the company which managed the Tulare Regional Medical Center from 2014 to 2017 and the Southern Inyo Hospital in Lone Pine, Calif. between 2016 and 2017. He could face up to 40 years

Dr. Yorai “Benny” Benzeevi will ask a Tulare County court on March 18 to reduce his $4.1m bail to zero, according to filings written by his attorneys. Separately, officials with the Tulare County District Attorney’s office moved to freeze bank accounts in his name in Israel. In August of 2020, Benzeevi was charged with a litany of crimes relating to actions taken while managing Tulare Regional Medical Center; in December 2020, Benzeevi was arrested at Los Angeles International Airport after vol 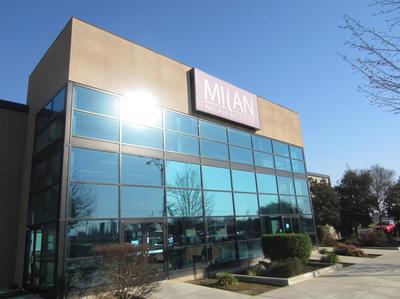 The Milan Institute of Cosmetology and television giant Sinclair Broadcasting – which owns four TV stations in Fresno and Bakersfield – are gearing up for a legal battle in the Tulare County Superior Court. Sinclair claims the school owes it money – and Milan claims that Sinclair purposefully smeared its reputation in order to get that money. Sinclair filed its lawsuit in May 2021 over $54,812.84 allegedly owed for advertising. The company owns Fresno’s FOX 26 and CW 59 alongside Bakersfield’s 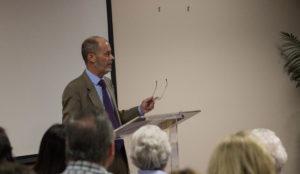 In a potential setback for the Tulare Local Healthcare District, Visalia attorney Mike Lampe was disqualified from representing the district in a Kern County lawsuit against its former law firm, BakerHostetler, its former attorney, Bruce Greene, and some of its past board members. The case was moved to Kern County after Greene and BakerHostetler argued that they would be unable to receive a fair trial in Tulare County. Greene and the firm claim that they will call Lampe as a witness, and that h
Valley Voice • 19th November 2021

Judge rejects attempt to toss out charges in Benzeevi case

Dr. Benny Benzeevi and his former colleagues, Alan Germany and Bruce Greene, are set to be arraigned on January 12 after Judge Michael Sheltzer denied filings to have the charges against them thrown out. Demurrer moved at snail’s pace way through court The ruling came more than a year after attorneys for the three lodged the filings, known as demurrers. During that time, the case has moved between four different judges at the Tulare County Superior Court, landing in Sheltzer’s lap this year.
Valley Voice • 22nd October 2021

Two men turned away from a women-only karaoke night at the Visalia Wyndham in August have filed a lawsuit alleging gender discrimination. Steve Frye and George St. George filed suit last month, and have made headlines for filing similar suits around the state. Katie Parker — a Visalia resident — and her company Girrlfriends Events, as well as the Visalia Wyndham, are the latest defendants in a series of lawsuits, including a recent suit in San Luis Obispo and other lawsuits in Southern California. 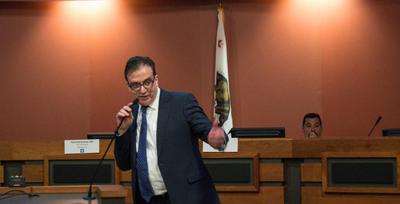 Dr. Yorai ‘Benny’ Benzeevi’s assets will stay frozen after Tulare County Judge Michael Sheltzer denied a motion that would have allowed Benzeevi to access money in his bank accounts or keep any future income. Benzeevi’s bank accounts were ordered frozen in August 2020 when the Tulare County District Attorney’s office filed charges alleging he committed embezzlement, grand theft, and other crimes managing the Tulare Regional Medical Center and the Southern Inyo Hospital through the company he he 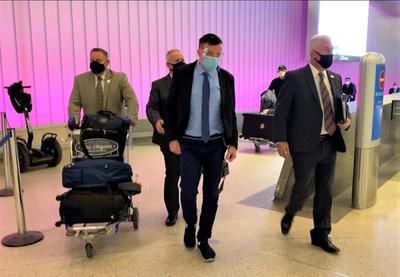 Lawyers for Dr. Yorai ‘Benny’ Benzeevi appeared in court Wednesday, asking Judge Michael B. Sheltzer to lift a temporary restraining order freezing the former Tulare hospital CEO’s money, bank accounts, and future earnings. The judge declined to make an immediate decision, stating that he would deliberate on the arguments and filings from each side and issue a written ruling in the days to come.
Valley Voice • 10th June 2021

Attorneys for a man arrested in an internet sex sting last October have claimed that the Tulare County Sheriff’s Office discriminated against gay men by making underage male decoys older than female ones and placing male decoys exclusively on gay dating apps. Tulare County Sheriff Mike Boudreaux vehemently denies the allegations and stated that each person arrested was aware they were contacting a minor. David Safrazian, a 25-year-old student, was arrested after driving to a Visalia hotel to a 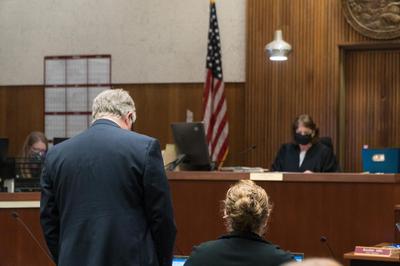 Alan Germany, a former Tulare hospital executive, pleaded not guilty to an array of charges in an arraignment hearing on Wednesday. Judge Jennifer Shirk presided over the hearing held at the Tulare County Superior Court. For three counts, Germany’s attorney Kevin Rooney filed a demurrer with the court, stating that the allegations — all centering around an allegedly illegal financial interest in Healthcare Conglomerate Associates’ dealings and contracts with the Tulare Local Healthcare District 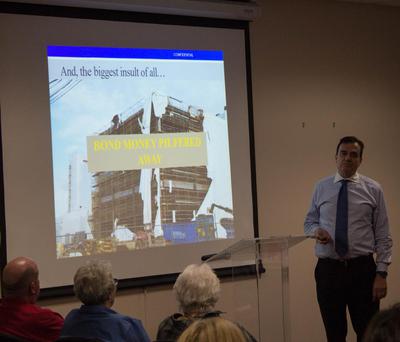 This article has been updated to accurately reflect the jail time the three men could face. Jail time could be on the horizon for three men accused of plundering the Tulare Local Healthcare District and its hospital, the Tulare Regional Medical Center, with the three facing a combined 46 charges. The full complaint is available to read below. Dr. Benny Benzeevi, CEO of Healthcare Conglomerate Associates (HCCA); Alan Germany, the company’s former CFO; and Bruce Greene, a BakerHostetler attorney 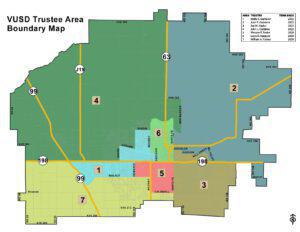 A recall effort against John Crabtree, President of the Visalia Unified School District (VUSD) board, has begun. Crabtree represents Area 4 of the district, and his term would naturally be due to end in 2022. Area 4 encompasses a large swath of northwest Visalia, including Goshen. Crabtree, first elected to the board in 2013, is under fire from a group of citizens who claim that he has been part of multiple decisions detrimonious to the district, its students, and parents. The recall proponents 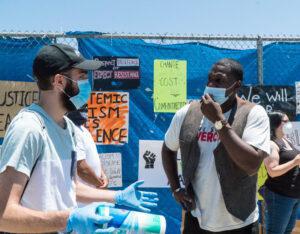 The Visalia Unified School District (VUSD) board held a special meeting Tuesday night centering around equity, inclusivity and combating racism in the district. The agenda held only two items: the first, a report on inclusivity in the district, showed board members the efforts that district staff have made — and have yet to make — in facing multiple issues identified by Visalia Unified students and staff, and action items and goals identified through the process. The second, a “Resolution to U
Valley Voice • 10th July 2020

Public and students speak out at Visalia Unified board meeting

Board members received an earful at a special Visalia Unified School District (VUSD) board meeting on Tuesday night. The meeting was held to discuss two items, both of which related to the concerns of student protesters, and both of which were presented by Brandon Gridiron, the district’s Administrator for Equity and Student Services. The first item, a report on inclusivity in the district, expounded on efforts the district has made to reach out to multiple constituencies on how the district c
Valley Voice • 24th March 2020

The Tulare Local Healthcare District will vote Wednesday on whether to send a complaint against its former attorney, Bruce Greene, to the State Bar of California. Greene is a Los Angeles-based partner at the firm Baker Hostetler. He and the Baker firm simultaneously represented the district and Healthcare Conglomerate Associates (HCCA); HCCA previously managed the district’s hospital, the Tulare Regional Medical Center. The Baker firm and attorneys under its employ also, for most of the same pe
Load More Articles
Close ✕